Welcome to Nonbinary 101, Where We Cover the Basics of What It Means to Be a Nonbinary Person, Examples of Nonbinary Identities, and More!

Hundreds of cultures recognize multiple genders worldwide, and polygendered societies can be traced to antiquity on nearly every continent. The concept of an exclusive gender binary is relatively recent in human history, despite popular belief that it's always existed. While many people identify as either of the binary gender identities ("male" and "female"), some do not. These people, like the creator of this website, are thus nonbinary human beings. But what does it mean to be nonbinary? What are some examples? Is __ a myth, and is __ a do or don't with nonbinary people? Hopefully this site can answer at least some of these questions for you. 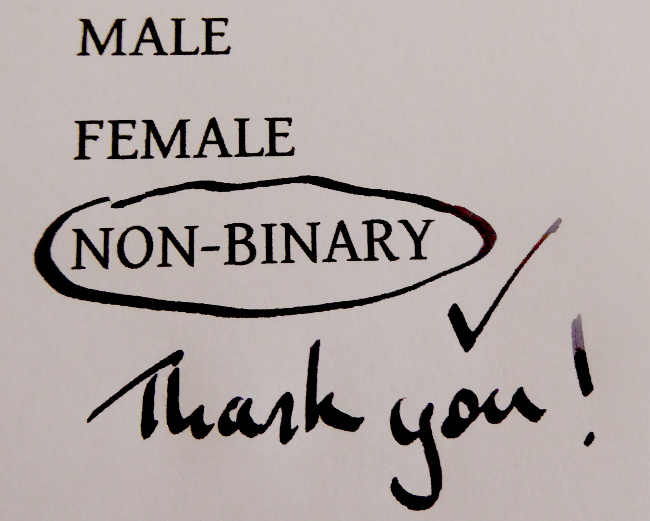